While I was at the Phoenix Comicon over the weekend, my brother-in-law was in an event that I didn’t care to be in. I decided to go wait out in the hall.

I ended up next to a guy in a flightsuit. No big deal, I thought, there are people here dressed as animals, zombies, inanimate objects. Ghostbusters’ costumes are made from flightsuits, for crying out loud. 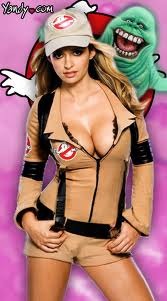 Then I talked to him. We chatted back and forth, and he was REALLY awesome. During the course of conversation, I found out that he actually DID serve in the Air Force for the better part of seven years. I asked about his flightsuit, and he said,

“It’s Memorial Day weekend, I figured everyone else is dressed up, I might as well be too.”

As I was leaving the panel, he handed me his business card and I shook his hand and thanked him for serving. Then it hit me. He was volunteering at this con. There are no paid workers. So, not only did he give the people of the US the better part of seven years of his life, he was kicking around Comicon, giving the geeks like me another one of his weekends.

Then I looked at this card, dude works for HARVARD. OK, it’s a seperate school of Harvard, but still….

Way to make me feel like I’ve done nothing useful with my life.

In all seriousness, I have family and friends that have served. Do not take thier sacrifice lightly. Tell them thank you, shake their hand, show your appreciation, ESPECIALLY on Memorial Day.

And, if you don’t have anyone to thank personally, go to Jared’s Facebook page, thank him, and let him know you appreciate his service.

Recent heart attack survivor at the age of 32, forced into role of Stay at Home Dad. Stumbling my way through it... END_OF_DOCUMENT_TOKEN_TO_BE_REPLACED
This entry was posted on Monday, May 28th, 2012 at 4:31 pm and posted in Uncategorized. You can follow any responses to this entry through the RSS 2.0 feed.
« FFS Friday!
Way to set the bar low….. »